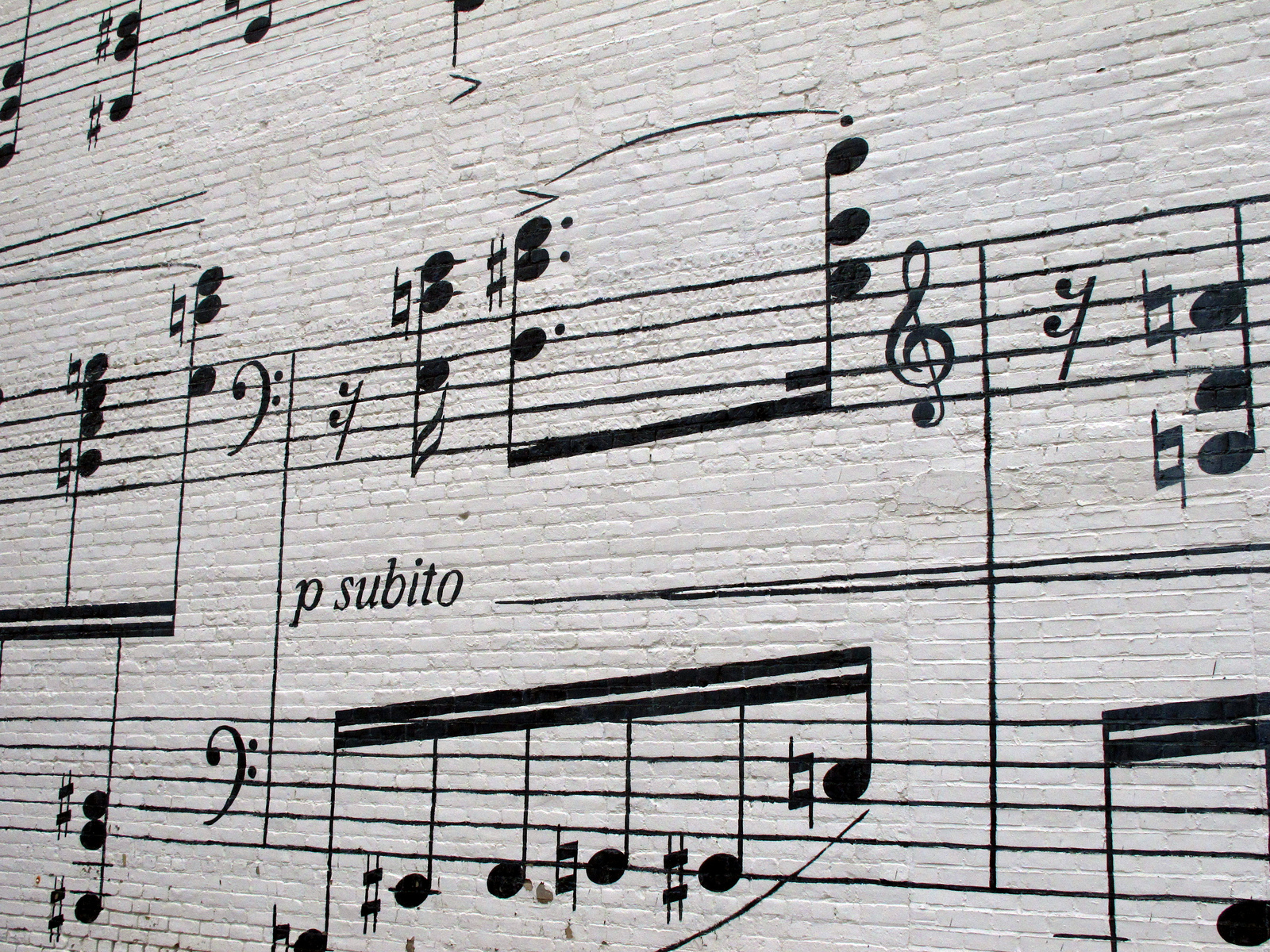 In one of his famous lectures for children the musician, polymath and educator, Leonard Bernstein, played an extract from The William Tell overture by Rossini and asked his audience what they thought it was about.  They answered and he responded:

He then told his audience that he hated to disappoint them but that it wasn’t about anything like that, “It’s about notes – E Flats and F sharps. You see, no matter how many times people tell you stories about what music means, forget them. Stories are not what the music means at all. Music is never about anything. Music just is.”

Whilst we may not be able to say what music means we can say what it is that music does? Music is a definer of rhythm and of harmony. It is a unique human exploration of memory, time, and anticipation. Sequences of sound with varying or consistent musical pitches, timbres and intensities excite the brain to expectation and when these are thwarted or gratified, we are teased, lulled or excited. The landscape of sound is changed from the familiar to the exotic, from the safe to the dangerous.

There are other performing arts such as drama and poetry which take place in the present moment and involve the manipulation of expectation but employ the currency of common conversation; words. Maybe language is just one particular sort of music.

Here is a story about the power of music.

Some time ago there was an old man. He was ill and in hospital. He had turned away, with a dumb gesture, the offers of pastoral care from strangers. They were not wanted. Then his granddaughter came to visit. She didn’t know what to say. He stared at her with watery eyes and no one was sure whether there was any recognition. She sat; a small black case beside her chair. Someone suggested she play something.

And so she removed her silvern flute from its compact black case and the bright sound from the metallic tube poured into the room like sunlight through a window on a winter’s day. The grandfather smiled. He recognised the tune. Beyond the slightly open door the sound wafted down the corridor, travelling from the geriatric toward the maternity ward across the way. A mother with a babe in arms drew near and stood by the open door and the door was opened further and she smiled and the old man returned her smile. Music had brokered, in a way that only it can, a human interaction between a long dead composer, a man only a few weeks from death, his granddaughter, an unknown woman and a newborn child of less than a week.

But am I now not doing what I had just said could not be done? Am I not imposing a narrative on the music? Not at all. Stories are often imposed on music. Similarly religious meaning is often imposed on certain stories. Language is never religious. It is just sometimes used by people holding religious beliefs. They can no more rightly claim the language for themselves than can a child capture the sea in a bucket. Music in and of itself is never sacred or secular. It is just music.

Human creativity lies at the heart of Humanism. To attempt fully to apprehend the reality of our existence and thereby imbue it with meaning, music, science and the other humanities all have their part to play (science had always, until quite recently, been included as one of the humanities but under its older name of ‘natural philosophy’).

Music is not only a means of entertainment, distraction and mood enhancement. It is not just a partner to words in opera and musicals, to movement in dance and drama, to TV and films. It is not just a signature tune to momentous events in our lives; our romances, our teenage angst, our formal ceremonies which for many, but not all, help mark life’s moments of transition. It is not just a respite for the world weary. It is also a tool of exploration. Our perceptions of our world our altered by it and it has been compared with pure mathematics in terms of its symbolic power. Music has also been compared to architecture. The structure of music can match for complexity and beauty that of the greatest concert halls and cathedrals.

Music is an amazing human achievement. It requires the orchestration of unnatural sounds, sounds which only humans have manufactured. It calls for skill honed by thousands of hours of practice and endeavour. The evolution of musical instruments themselves is a fascinating story of experimental science, technology and skill. Music is a majestic collaboration often spanning centuries and in a strange way echoes the translation of genetic code into the expression of human existence. Scored music encoded on the page lies dormant, awaiting the moment of performance, of expression. Its awakening takes place against a background of silence and every performance punctuates that stillness with an affirmation of meaning and purpose wrought from a wealth of extraordinary human creativity.

Josh Kutchinsky is an organiser of  the Central London Humanist Group and founder and co-ordinator of Hummay an international humanist support egroup. He is a BHA representative to IHEU. He was a director in a publishing company and co-editor of Merely a Matter of Colour – The Ugandan Asian Anthology. He was also director of a laser show company and produced the first comprehensive exhibition of lasers and their applications at the Science Museum. He writes prose and poetry as well as about science and technology.