Sean Spain responds to a recent article on HumanistLife with a novel solution to the ‘is-ought’ problem. 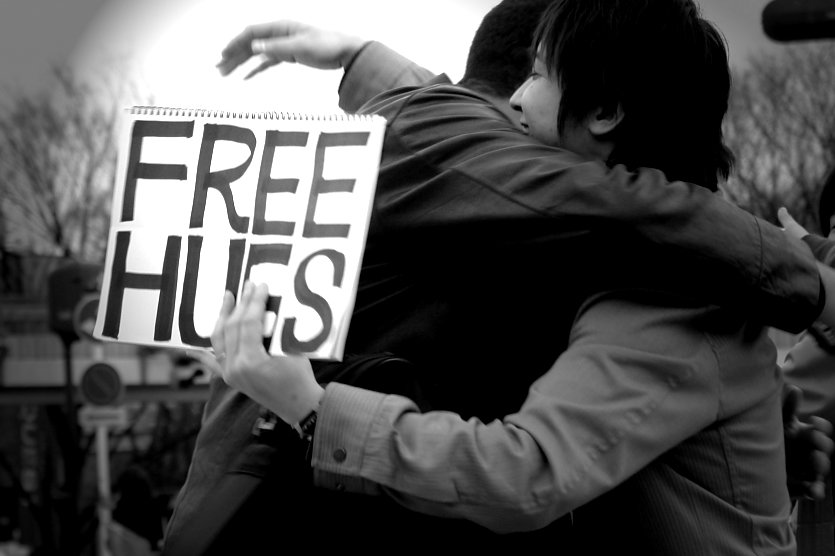 I recently read an article by George Keeling, mounting a defence for humanist morality. The crux of the argument is that morality is the natural expression of advantageous evolutionary activities – ‘[That] moral passions exist to ensure co-operation and ultimately the perpetuation of our genes’.  Social co-operation is the grounding of this morality, and can be seen to be advantageous to species across the animal kingdom. Man, it is argued, is a naturally social animal whose co-operative instinct has flourished into empathy which is unique to higher-functioning cognitive abilities. Thus the humanist morality stems from an inherent drive to treat others as they would be treated, and the humanist acknowledges this drive as his moral compass. Of course we can’t just rely on this drive to steer us all on the course to ethical action; instead we simply acknowledge the roots of our ‘disposition towards compassion, fairness and kindness’ and in doing so affirm the grounds upon which our value judgements stand.

But Ethics demands more from us than this. Co-operation may be advantageous to my survival, but that doesn’t necessarily make it ethically good. I may feel compassion towards the members of my group, but that won’t suffice to justify my command for others to not harm them.  It can’t be good because it is: a statement which outlines what is can’t be used to logically deduce what ought to be. The two are different statements in kind and as such need a mediating principal as justification. Once this mediating principal is introduced (e.g. a utilitarian framework) then the ethical discourse becomes one of choosing X over why; and the mediating principal props up the ought – the is becomes redundant.

‘I am surpriz’d to find, that instead of the usual copulations of propositions, is, and is not, I meet with no proposition that is not connected with an ought, or an ought not. This change is imperceptible; but is, however, of the last consequence. For as this ought, or ought not, expresses some new relation or affirmation, ’tis necessary that it shou’d be observ’d and explain’d; and at the same time that a reason should be given, for what seems altogether inconceivable, how this new relation can be a deduction from others, which are entirely different from it.’[1]

Translated, Hume observed that there is a jump in reason when one presents phenomena which is the case (i.e. co-operation, and empathy, are evolutionarily advantageous- and may even perhaps be argued to be the etymological roots of our notions of morality) and then deduces from it that what is the case ought to be. The justification of a moral proscription must be grounded in reasoning beyond just the description of events.

The burden of an ethical framework demands an external justification for the Ought. Plato grounded his idea of the ‘Good’ in a plane of the forms; religion finds good in ‘God’. Even philosophers like Kant, who have attempted to reposition the notion of what is good, systematically ground its value beyond themselves- in something absolute, and metaphysical.  What is often forgotten in these ethical systems is the appeal to a position of value as something which is beyond the world as it is. They do this because they have to. Ethics demands a firm ground for value which must be more than a description of events, or relative in a mechanistic world-view.

But there is an alternative approach.

Wittgenstein realised this problem of value, and the implications which the value problem had for ethics and more fundamentally aesthetics.

In the Tractatus Logico-Philosophicus, Wittgenstein notes:

6.4 ‘All Propositions are of equal value.’[2] ( clarification: Truth propositions)

A fact, what is, can’t have a value in itself. The values around us are valuable to us, not outside of us. The value of co-operation might be found in the benefits of an improved feeling of safety among each other; a personal satisfaction may be felt when an empathetic urge is fulfilled; we feel relief when our compassion for an individual in danger is rewarded with their safety. The value is a feeling. But ethics demands an external ground for this value to meet the requirements of absolutism. Thus throughout history we have tried to establish this value and in doing so have had to ground it in metaphysical postulations, or religious gods.

The problem is the ethical discourse itself.

The solution? Don’t try to defend morality. It’ll undermine your value system, and the values of your actions. Reject the discussion of ethics because it is misleading. We don’t need to rationally defend what is good. We feel it is good. It shows itself to be good. But the good we make use of isn’t some ethereal absolute – it is a dependent evaluation which is justified by our empathetic intuition and intellectual reasoning.

And if you are asked to defend what someone else deems your morality, you can respond in the infamous words of Wittgenstein:

Sean Spain is an undergraduate student of Easter & Western Philosophy. He is primarily interested in the Philosophy of Language & Value- particularly in their application to ‘real-world’ events