At HumanistLife, our guest authors explore contemporary issues from a humanist perspective. In this piece, writer Daniel Faris asks: what can be done about the epidemic of cyberbullying? 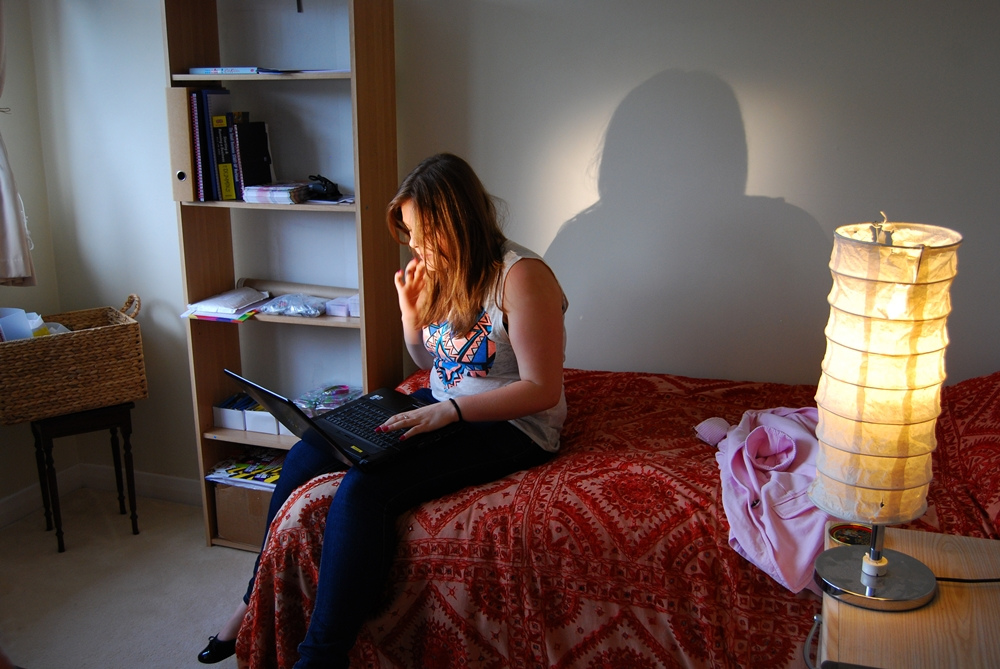 When the news of her affair with US President Bill Clinton broke in 1998 – right when the Internet was growing into what it has become today – Lewinsky became the first person, she says, to become a victim of cyberbullying. She went to bed one night completely unknown, and then there she was the next day, the subject of headlines and tabloid fodder all around the globe for the next few months.

As time passed, Lewinsky faded from the national spotlight. But she still had a life to live and now, at 41, she’s reclaiming her narrative by speaking about how cyberbullying is a serious problem in the developed world. During her TED talk, Lewinsky said she decided to get involved in the movement to end cyberbullying after hearing about the death of Tyler Climenti, a student at Rutgers University, who killed himself after being cyberbullied about his homosexuality.

‘Public humiliation as bloodsport has got to stop,’ Lewinsky said. ‘Just imagine walking a mile in someone else’s headline.’

Why cyberbullies do it

If we agree with Lewinsky, cyberbullying has been around for about 17 years. Bullying, however, has almost certainly been around as long as human beings. Still, there’s a difference between cyberbullying and the more ‘traditional’ methods.

When a kid says something mean to another kid’s face, the bully gets to see the victim’s reaction with his or her own eyes. Assuming the child isn’t sociopathic, he or she is bound to feel at least a morsel of regret about hurting someone’s feelings.

Now migrate that bullying over to the digital world, and aggressors no longer have to deal with witnessing the negative consequences of their behaviors. With nothing discouraging them from cyberbullying, many bullies’ digital tactics can be even more ferocious.

How prevalent is cyberbullying?

On the other hand, those who employ more traditional research methods have concluded that roughly 25 percent of US students have been the victim of cyberbullying, with 16 percent of them admitting that they have been the aggressors.

It doesn’t matter which numbers you choose to agree with; they’re both higher than we’d like them to be. And make no mistake: this issue is hardly exclusive to the United States; a poll of 10,000 youths, conducted by nobullying.com, indicated that 7 in 10 young people worldwide have experienced cyberbullying. They went on to discover that Facebook is home to more online bullying than any other social network; 54% of poll respondents indicated that they had experienced cyberbullying on the site.

While it’s certainly awful to hear any story that involves a young kid taking his or her own life because of bullying, rather than going on the offensive and trying to eliminate what is a very innate characteristic in children, it’s important for parents to educate their kids and remind them that they’re loved and that words are just words. Yes, people say mean things online. But isn’t that just the nature of the world?

Instead of trying to prevent our children from experiencing life – the ups and the downs, the sadness and the happiness – there’s an emerging tendency to go overboard when it comes to ensuring their safety and well-being. While these parents are certainly well-intentioned, it’s more important to be able to deal with criticisms, failure, and meanness than to act as though such things simply do not exist in the world.

Since we will never completely stop bullying, no matter how hard we try, it doesn’t really make much sense to brand cyberbullying as an ‘epidemic’ simply because the Internet wasn’t ubiquitous 20 years ago. It’s a problem, yes; but the solutions aren’t as simple as we’d like to pretend.

While many in the media might want everyone to believe that today’s kids can’t walk five feet without getting cyberbullied, kidnapped, or assaulted, the truth of the matter is that kids have learned to deal with the adverse realities of life for millennia. It’s unfortunate that some kids have to be made fun of and picked on, but so long as kids are kids, there are going to be some bad apples in the bunch who are going to push their luck.

But here’s an underreported factoid: young people are increasingly coming to their parents when they’re cyberbullied. Word has gotten out, and people are talking. Bullies have fewer and fewer opportunities to hide behind their devices as they poke fun at their peers, and some who are caught are even facing serious legal troubles.

Cyberbullying is a problem, but so is virtually everything else. Kids watch too much TV. They don’t eat the right foods. They stay up too late. They are too busy. They don’t have enough to do. They have too much homework. The curriculum is not challenging enough. And so it goes.

The remedies for cyberbullying reveal that this is a human issue – not a partisan, religious, or sectarian one. Religion, for example, while purporting to teach us to ‘treat others as we would be treated,’ continues to fail us in real-world issue pertaining to social justice. Humanism, in existing solely in the material world, and concerning itself with objective values, can better speak to the ‘value and agency‘ of human beings – that is, the founding tenets of the humanist movement. In other words: a Christian may tell us that cyberbullying is wrong because God would frown on it. A humanist, meanwhile, will maintain that cyberbullying is wrong because it’s wrong. Objective truths.

Only one of these worldviews is capable of instilling the value of personal responsibility. The other defers to the supernatural as a deterrent.

But here’s another truth: As long as kids are allowed to communicate amongst themselves, they are going to pick on each other. To make sure their children don’t become victims of cyberbullying, parents need to maintain an ongoing and open dialogue with their kids, consistently reminding them to not take things said on the Internet too seriously. Parents should also let them know the kinds of trouble they’ll find themselves in should they decide to harass one of their peers. The more active parents are in their kids’ lives, the less likely we are to hear stories about cyberbullying. It’s as simple as that.