Late last year, BHA Chief Executive Andrew Copson was one of 20 commissioners working under Baroness Elizabeth Butler-Sloss to produce the Woolf Institute’s ‘Commission on Religion and Belief in British Public Life: living with difference – community, diversity and the common good’. One of the report’s recommendations was: ‘It should be a high priority, not only for interfaith organisations but also for all religion and belief groups, educational institutions, public bodies and voluntary organisations, to promote opportunities for encounter and dialogue.’

So when I received an invitation from the ‘World Congress of Faiths’ to their conference in Salisbury in January 2016 I welcomed it – another sign that humanists and Humanism are being recognised as constructive players in the wider religion and belief landscape. Afterwards they asked me to do a post for their blog and a longer piece for their journal. Here’s the blog post. 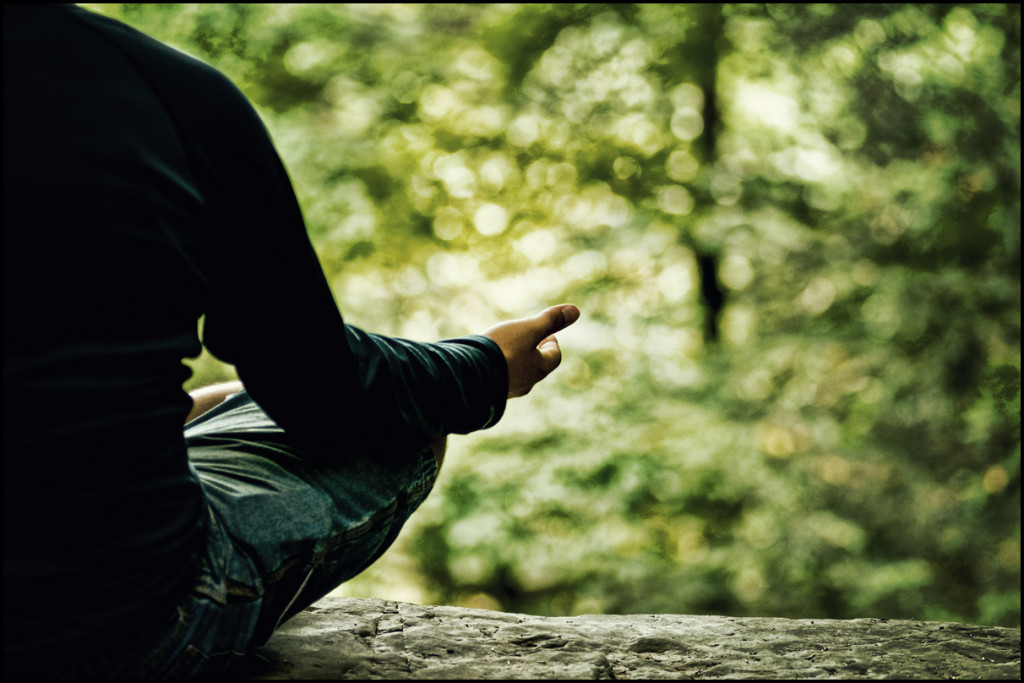 Dialogue with religious believers can be tricky. First we have to get past difficult terms like ‘spirituality’ – or at least find useful meanings for them. Photo: Mitchell Joyce/Flickr.

‘Spiritual’ is a word most humanists avoid because of its lack of definition and its religious and pseudo-scientific connotations. And most humanists feel alienated by the word ‘faith’, regarding it as synonymous with ‘religion’ and ‘belief in the absence of evidence’. So a World Congress of Faiths conference titled Promoting spiritual life: an interfaith perspective was not my natural habitat.

On the other hand, I have had enough ‘interfaith’ experience – yes, that’s another alienating term – to know that the people involved are almost always friendly and interesting. This event was no exception and I felt welcome. My concerns about the relevance to me of substance of the conference were largely dispelled by the opening talk, An overview of current approaches to spirituality, by the Revd Canon James Woodward, Principal of Sarum College. He emphasised both that he did not know whether ‘spirituality’ was valid concept – referring to it as a ‘Polyfilla’ word – and that, as far as British Christianity in its present institutional form was concerned: ‘It is over’. That put paid to some of my preconceptions!

As Charles Clarke and Linda Woodhead say in the introduction to their 2015 paper on Religious Education ‘The last twenty-five years have witnessed some of the most significant shifts in religious belief and practice since the Reformation’. There is a rapidly emerging new British landscape in which the majority has no religious identity (already about 50% according to the British Social Attitudes survey). Many – probably most – of them are atheistic, while among the religious minority, forms of faith that are ‘stronger’ than traditional Anglicanism – especially non-denominational, notably Pentecostal, Christianity and Islam – start to predominate. I think both religious people and humanists have a common interest in helping ensure that the outcome of this huge transition is a harmonious, well-integrated (and, I would argue, secular) plurality.

However, whether we are religious or non-religious, we are all human beings with inner lives. One of the growing areas for attention by the BHA is Pastoral Support for non-religious people in hospitals and prisons. Humanists who do this work are usually embedded in chaplaincy teams and are, of course, dealing with the same type of human issues and concerns as their religious colleagues. I think this sense of ‘spiritual’ was what Dr Desmond Biddulph, President of the Buddhist Society (and a psychiatrist), was talking about in How can faiths work together to promote the value of spirituality? But I couldn’t share all of his Buddhist perspective, or the implication that the majority who are not of ‘faith’ have no part to play in helping people who need the support of an independent fellow human being. Nevertheless, in this sense of acknowledging, supporting and perhaps developing both the human inner life and our shared humanity, there is plenty of common ground.

Similarly, some humanists have, to varying degrees, uplifting experiences associated with being part of a greater whole/transcendence or even ‘near death’ or other ‘spiritual’ experiences of the type described by Marianne Rankin, Director of Communications for The Alister Hardy Trust, in The personal experience of the spiritual: its variety and commonalities. The difference is not in the subjective experience itself, which can be profound, but whether it is – to use Dr Alan Race’s term – ’embodied’, a manifestation of the brain, its chemistry and its response to stimulae, upbringing and wider society, or whether it is a manifestation of a soul and a ‘spiritual realm’ – physical versus non-physical. It was notable that Marianne Rankin’s talk did not deal with that. Perhaps wrongly, I had the impression that the Alister Hardy Trust’s library of experiences is seen as evidence in support of the ‘spiritual realm’ hypothesis, or at least that it is built on the premise that the hypothesis is true. Of course, I would point to the extensive, and growing, body of evidence for the ‘embodied’ hypothesis, and the lack of any scientifically objective evidence for the ‘spiritual realm’ hypothesis. But that difference of view does not make the subjective experiences themselves any less powerful or less universal.

In Integrating spirituality into the public realm, Dr Jonathan Rowson, former Director of the Social Brain Centre at the Royal Society of Arts, was content to use the term spirituality without the distraction of defining it. He argued that ‘spirituality’ is nothing if it is not ‘transformative’ and that meaningful transformation is not in the realm of inner contemplation, but rather should be a driver for political action to improve life for other people. For him, climate change was top of the priority list. There is no doubt that many religious people are driven to do good works by their beliefs. But, as a humanist, I do not accept the principle that somehow subjective ‘spiritual’ experience ‘ought’ to be transformative. Nor do I like the idea of invoking ‘spirituality’ to legitimise political action – just look at the US Christian Right or Wahhabism in Saudi Arabia. And I feel very uncomfortable if ‘spiritual’ motivations are elevated above other types of motivation, such as simply thinking that something is ethically right because it makes the world a better place. Many people of faith and many humanists are interested in similar areas of social and political concern – there is undoubtedly common ground here. But why bring ‘spirituality’ into it?

In response to my concerns about the ‘bagginess’ of ‘spiritual’ as a term, James Woodward challenged me to come up with an alternative and to say what I thought the meanings were. I readily admitted that I do not know of another word. But to me it is used to refer to:

The woolliness of the term is illustrated by Ofsted in their definition of schools’ Spiritual, Moral, Social and Cultural development (SMSC): ‘Explore beliefs and experience; respect faiths, feelings and values; enjoy learning about oneself, others and the surrounding world; use imagination and creativity; reflect’.

The conference did not reduce my misgivings about ‘spiritual’ and ‘spirituality’. On the other hand, I encountered interesting people and became aware of the wide spectrum of views and academic work taking place in this area. Some of the issues covered by the conference are important aspects of the human condition.

As the transition to a plural society with a non-religious majority and a varied religious minority moves further forward, we all have a role in ensuring they are not neglected. There will inevitably be areas of disagreement, along with plenty of common ground. Dialogue is the best way to map out and understand the territory.

Jeremy Rodell is a director of the British Humanist Association, as well as Chair of South West London Humanists, a humanist representative on two local interfaith forums, and a speaker for 3FF. If you want to know more, email chair@swlhumanists.org.uk.