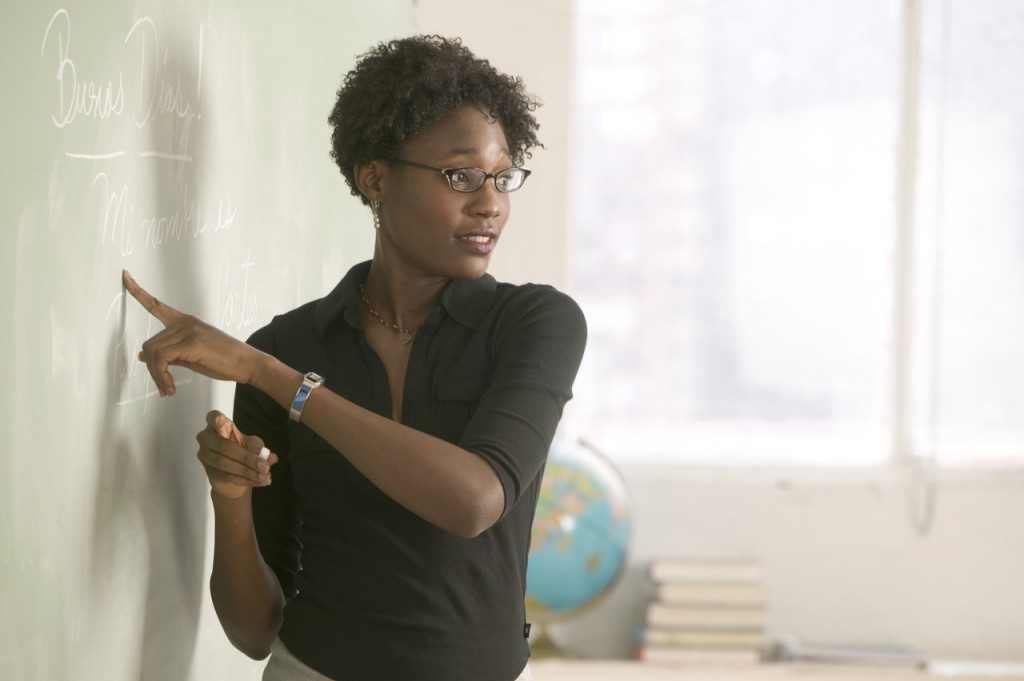 ‘Teaching is personal – it has to be,’ says Emma C Williams

My first novel contained a thought experiment in which a somewhat inept RE teacher finds herself out of a job. Her demise came as a result of one well-meaning but thoughtless response to a vulnerable student, and as I crafted the tale I felt sympathy with that character, even as I fashioned her downfall.

As a teacher, I fear it’s impossible to keep your thoughts, emotions and biases out of the classroom completely, however hard you might try. Teaching is personal – it has to be. We throw ourselves into it and, if I believed in the soul, I would say that teaching is a part of mine. It’s also immediate, and it’s not like the construction of a carefully-worded article. It’s us, in the flesh, on our feet, all the time: as an educator, a guide, a philosopher, a fool, a blagger, a gatekeeper and a showman. Speaking as a teacher and indeed as a person who could probably benefit from closing her mouth on occasion, I felt a certain sympathy for my ill-fated creation, even though her views differed wildly from my own.

But there is a darker story behind the tale that I told, a real version which dates back to the early 1980s, when I was on the other side of the desk. You know, the good old days when some schools still had corporal punishment and teachers could say whatever they liked? I share the real incident now as an illustration of the sort of thing that can happen when preaching is allowed to enter the classroom.

In my final year at a Church of England all-girls primary school, the headmistress took it upon herself to give us a talk on ‘the facts of life’ or ‘body matters’ as she called them. There was a general sense of excitement and trepidation amongst most of the girls, but I remember being bored during much of the talk; it was pretty tame stuff and besides, I already knew ‘the facts’ from home. Despite my disinterest, I have a hazy recollection of zoning back into the room as the head was intoning her views on abortion.

Abortion was wrong. Fact. If we had ‘sinned’ (by having sex before marriage), and in doing so had gone and got ourselves pregnant, then that child must be born. Something told me that her views were a little extreme, but before I had even had time to make sense of them in my head, I suddenly heard my name and then realised that everyone was looking at me. In her eagerness to make her point, our headmistress had decided to cite me as an example of someone who could ‘quite easily’ have been lost to the world as a result of a termination.

Head swimming, I tried to make sense of what she was saying. My parents were happily married, so how did my home situation fit with the den of iniquity she had been describing thus far? As far as I could gather, due to the fact that I have a mild version of a condition called Goldenhar syndrome (which does not, by the way, affect anything other than certain aspects of my appearance) my parents might have decided not to have me. Now, there was a thought! But the headmistress put her hand on my shoulder, warmly and benevolently, and turned me to face my classmates. ‘Wouldn’t that have been terrible?’ she asked them. They all nodded, dutifully.

Now it may not surprise you to know that my ten-year-old self had not exactly contemplated my own termination as a possibility before. I was blessed with loving parents, who made me feel like the most important thing in their lives. Why on earth would the idea have occurred to me?

Quite why this headteacher felt it her place to introduce me to the idea seems impossible to fathom – until, of course, one remembers her convictions. I’m quite sure she thought she’d done a marvellous deed, and I wonder to this day to what extent she succeeded; did she persuade the majority of girls in that room of her beliefs? I do hope not.

My objection to her tactics, speaking not as the person affected but as a teaching professional, is this: it was clearly more important to her to preach her morality than it was to consider the individual welfare of a child in her class. And that, I believe, is the biggest danger with preaching. 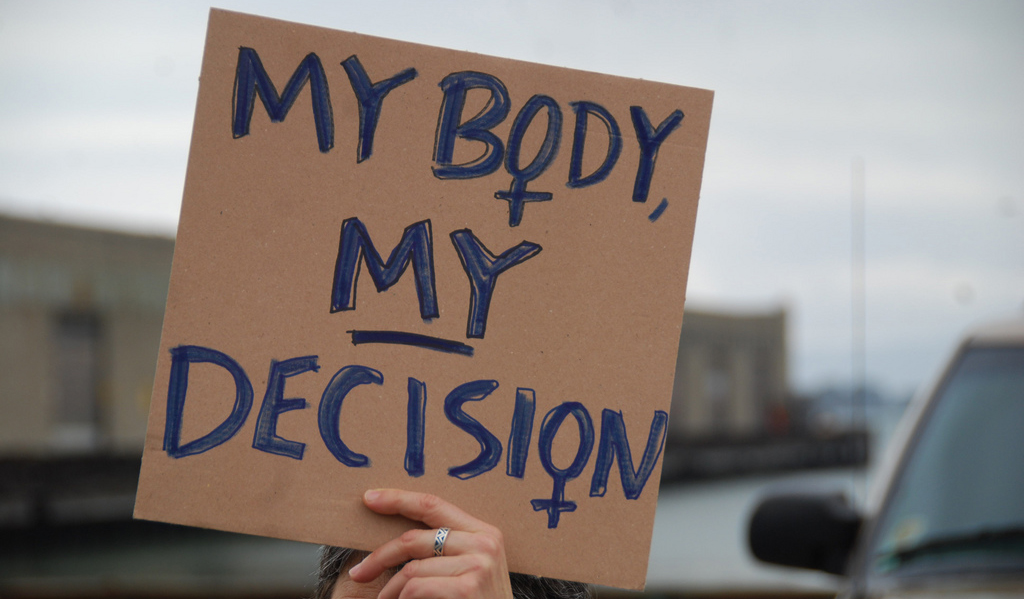 Emma C Williams casts an eye over the Irish sea, and discusses the rights of women in Europe. Photo: Steve Rhodes.

Behind every scandal lies hypocrisy and deceit. Behind the walls of a septic tank in County Galway lie hundreds of tiny skeletons, each one of them a shameful relic of man’s inhumanity to man.

St. Mary’s at Tuam was run by the Sisters of Bon Secours in the mid-20th century. Over the years they took thousands of pregnant young women, oversaw the delivery of their babies and were supposedly charged with their care. It is debatable whether the rate of infant mortality was higher at St. Mary’s than it was anywhere else across Ireland at the time; but the ghastly mass grave of 796 babies, a significant number of which were found in a sewer, shows contempt for the dignity of human life.

It is hard not to be emotive in the light of such discoveries, especially when apologists such as Caroline Farrow are prepared to waste their time and their energy on defending the indefensible. The nuns at Tuam were all part of an institution which claims to value the sanctity of life from the moment of conception. Yet conservative Catholic doctrine denied baptism to the babies of unmarried mothers, something which perhaps gave licence to their assumption that these unfortunate children were inherently worthless and undeserving of respect.

The sanctity of life is a cornerstone of Catholic doctrine; despite this, the case in Country Galway is by no means the only example of the heinous offences against women and children committed by members of the church.

Let us not forget the estimated 10,000 young women imprisoned in workhouse laundries in Ireland between the 1920s and the 1990s, a scandal which the Catholic journalist Tim Stanley thinks is greatly exaggerated. Unfortunately, it isn’t. Originally a place for “fallen women,” the workhouses imprisoned girls who fell pregnant, daughters born out of wedlock and girls who were supposedly “promiscuous” or simply considered a burden to their family. They worked for no pay, were given little or no freedom, and those who died in service were buried in unmarked graves.

Let us not forget the theft and trafficking of thousands of babies by nuns, priests and doctors in Spain, a practice which started under Franco and continued right up until the 1990s. Some of the babies were born to unmarried girls, some of them to married women with families. The mothers were told that their babies had died, and some were even shown a substitute corpse. In truth, their babies were sent to new families, some of them abroad, and many of them were sold for huge sums of money.

Let us not forget Savita Halappanavar, a 31-year-old married professional, who was admitted to hospital in Galway in the early stages of a miscarriage in October 2012. Despite her condition, her request for an abortion on medical grounds was denied and she died of septicaemia one week later.

Sadly, Catholicism is not the only religious institution which continues to interfere with the reproductive rights of women. While the landmark decision leading to the legalisation of abortion in the test case of Rose vs. Wade still stands, the evangelical pro-life movement in the US continues to grow at an alarming rate. Several states including Wisconsin, Texas and Alabama have made subtle but significant moves towards reducing access for women in recent years, and many Americans are now forced to travel hundreds of miles for a termination, assuming they can afford the journey.

To deny women autonomy over their own bodies is an aberration most commonly driven by religious dogma, and I suspect it will be some time before religion stops blaming women for all the world’s ills. Until we can break free from the tenets of these archaic and patriarchal institutions, we will continue to be controlled by them.