Fifty years ago, after the cracking of the genetic code, Francis Crick was so confident religion would fade that he offered a prize for the best future use for Cambridge’s college chapels. Swimming pools, said the winning entry. Today, when terrorists cry ‘God is great’ in both Paris and Bamako as they murder, the joke seems sour. But here’s a thought: that jihadism may be a last spasm — albeit a painful one — of a snake that is being scotched. The humanists are winning, even against Islam.

Quietly, non-belief is on the march. Those who use an extreme form of religion to poison the minds of disaffected young men are furious about the spread of materialist and secularist ideas, which they feel powerless to prevent. In 50 years’ time, we may look back on this period and wonder how we failed to notice that Islam was about to lose market share, not to other religions, but to Humanism.

The fastest growing belief system in the world is non-belief. No religion grew nearly as fast over the past century. Whereas virtually nobody identified as a non-believer in 1900, today roughly 15 per cent do, and that number does not include soft Anglicans in Britain, mild Taoists in China, lukewarm Hindus in India or token Buddhists in Japan. Even so, the non-religious category has overtaken paganism, will soon pass Hinduism, may one day equal Islam and is gaining on Christianity. (Of every ten people in the world, roughly three are Christian, two Muslim, two Hindu, 1.5 non-religious and 1.5 something else.)

This is all the more remarkable when you think that, with a few notable exceptions, atheists or humanists don’t preach, let alone pour money into evangelism. Their growth has come almost entirely from voluntary conversion, whereas Islam’s slower growth in market share has largely come from demography: the high birth rates in Muslim countries compared with Christian ones.

And this is about to change. The birth rate in Muslim countries is plummeting at unprecedented speed. A study by the demographer Nicholas Eberstadt three years ago found that: ‘Six of the ten largest absolute declines in fertility for a two-decade period recorded in the postwar era have occurred in Muslim-majority countries.’ Iran, Oman, the United Arab Emirates, Algeria, Bangladesh, Tunisia, Libya, Albania, Qatar and Kuwait have all seen birth-rate declines of more than 60 per cent in 30 years.

Meanwhile, secularism is on the rise within Muslim majority countries. It is not easy being a humanist in an Islamic society, even outside the Isis hell-holes, so it is hard to know how many there are. But a poll in 2012 found that 5 per cent of Saudis describe themselves as fully atheist and 19 per cent as non-believers — more than in Italy. In Lebanon the proportion is 37 per cent. Remember in many countries they are breaking the law by even thinking like this.

That Arab governments criminalise non-belief shows evidence not of confidence, but of alarm. Last week a court in Saudi Arabia sentenced a Palestinian poet, Ashraf Fayadh, to death for apostasy. In 2014 the Saudi government brought in a law defining atheism as a terrorist offence. Abdel Fattah al-Sisi’s government in Egypt, though tough on Islamists, has also ordered two ministries to produce a national plan to ‘confront and eliminate’ atheism. They have shut down a café frequented by atheists and dismissed a college librarian who talked about Humanism in a TV programme.

Earlier this month there was yet another murder by Islamists — the fifth such incident — of a Bangladeshi publisher of secularist writing. I recently met one of the astonishingly brave humanist bloggers of Bangladesh, Arif Rahman, who has seen four colleagues hacked to death with machetes in daylight. He told me about Bangladesh’s 2013 blasphemy law, and the increasing indifference or even hostility of the Bangladeshi government towards the plight of non-religious bloggers. For many Muslim-dominated governments, the enemy is not ‘crusader’ Christianity, it is home-grown non-belief.

The jihadists of Isis are probably motivated less by a desire to convert Europe’s disaffected youth to fundamentalist Islam than by a wish to prevent the Muslim diaspora sliding into western secularism. In the Arab world, according to Brian Whitaker, author of Arabs Without God, what tempts people to leave the faith is not disgust at the antics of Islamist terrorists, but the same things that have drained church attendance here: materialism, rationalism and scepticism.

As the academics Gregory Paul and Phil Zuckerman wrote in an essay eight years ago: ‘Not a single advanced democracy that enjoys benign, progressive socio-economic conditions retains a high level of popular religiosity. They all go material.’ America is no longer much of an exception. Non-believers there outnumber Mormons, Muslims and Jews combined, and are growing faster than southern Baptists.

Whitaker found that Arab atheists mostly lost their faith gradually, as the unfairness of divine justice, the irrationality of the teaching, or the prejudice against women, gay people or those of other faiths began to bother them. Whatever your origin and however well you have been brainwashed, there is just something about living in a society with restaurants and mobile phones, universities and social media, that makes it hard to go on thinking that morality derives exclusively from superstition.

Not that western humanists are immune from superstitions, of course: from Gaia to Gwyneth Paltrow diets to astrology, there’s plenty of room for cults in the western world, though they are mostly harmless. As is Christianity, these days, on the whole.

I do not mean to sound complacent about the Enlightenment. The adoption of Sharia or its nearest equivalent in no-go areas of European cities will need to be resisted, and vigorously. The jihadists will kill many more people before they are done, and will provoke reactions by governments that will erode civil liberties along the way. I am dismayed by the sheer lack of interest in defending free speech that many young westerners display these days, as more and more political groups play the blasphemy card in imitation of Islam, demanding ‘safety’ from ‘triggering’ instances of offence.

None the less, don’t lose sight of the big picture. If we hold our resolve, stop the killers, root out the hate preachers, encourage the reformers and stem the tide of militant Islamism, then secularism and milder forms of religion will win in the long run.

Matt Ridley is a journalist and Conservative Party peer who is a member of the All Party Parliamentary Humanist Group. This piece originally appeared in The Times newspaper. 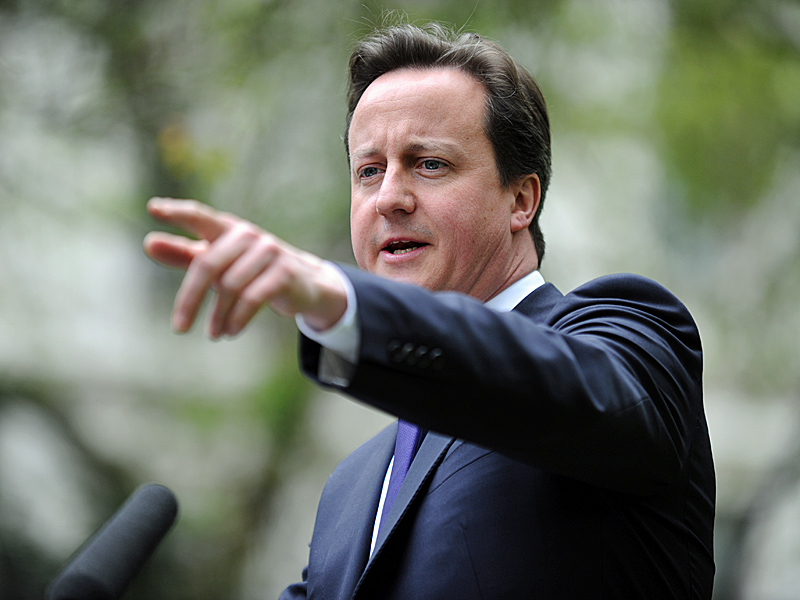