Mike Flood asks how much is the Information Age being tainted and diminished by disinformation. 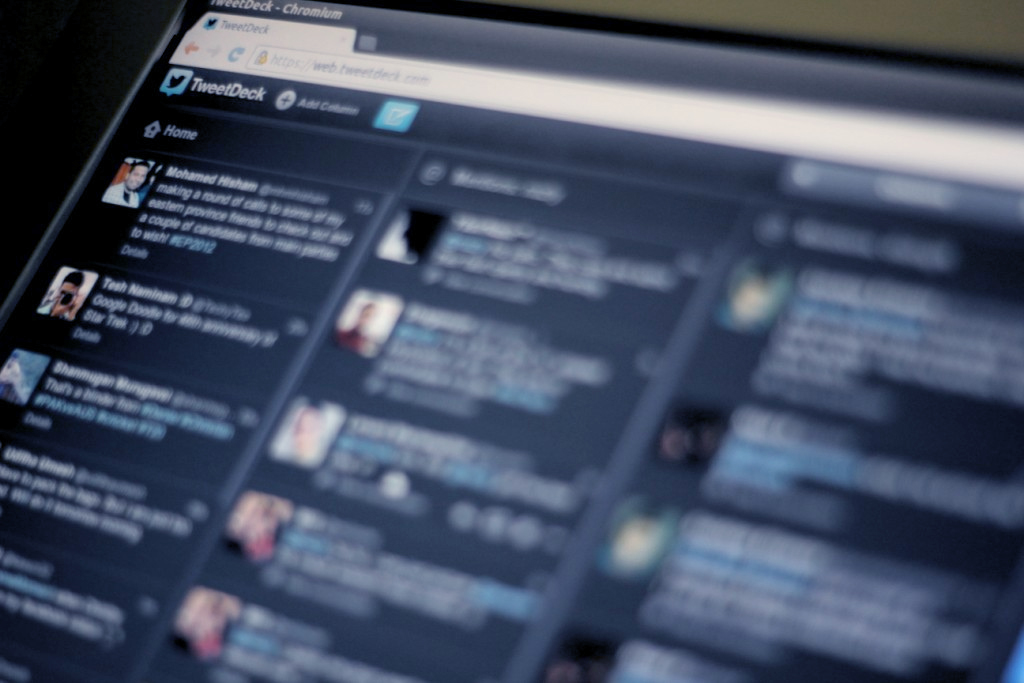 The Internet is full of information, coming at you thick and fast. But how does one separate the wheat from the chaff? Photo: Nazly Ahmed

The Internet Society once observed that the Internet is ‘proving to be one of the most powerful amplifiers of speech ever invented. It offers a global megaphone for voices that might otherwise be heard only feebly, if at all. It invites and facilitates multiple points of view and dialogue in ways unimaginable by traditional, one way mass media.’ The Internet is this and much more besides.

But as we become increasingly dependent on this miracle of human ingenuity, we are also having to cope with the internet’s darker side – bad information, propaganda, cybercrime and pornography. Here are two less flattering descriptions: ‘an electronic asylum filled with babbling loonies’ (Mike Royko) and ‘the biggest lavatory wall in history’ (AC Grayling).

We might live in an ‘Information Age’, but how much is it being tainted and diminished by disinformation? We are accustomed to tyrants, dictators and jihadists putting out their warped propaganda and fabrications. But there are a host of other more subtle sources of bad information that we are exposed to 24-7 and this raises questions about the impact this may be having on personal wellbeing, social cohesion and international relations.

1   Amplifier of speech… or lavatory wall? 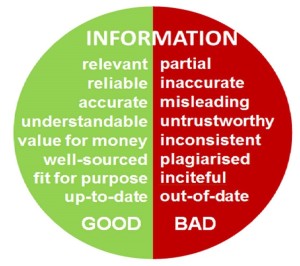 Online social networking services like Facebook, video sharing websites like YouTube, and open source blogging sites like WordPress enable anybody with a computer and a modicum of nous to disseminate information instantaneously to a global audience. And if people pass the information on, and it is sufficiently interesting or scurrilous, it may go viral and reach millions. But most of the information posted online has not been edited or peer reviewed and therein lies a problem because it can be partial or inaccurate, or just plain wrong. Whether this is by design (i.e. disinformation) or not (misinformation) is beside the point; in any case the distinction is often blurred by spin.

In 2010, Dow Jones carried out a survey of ‘Bad Info’ on the free web. This identified ‘opinion disguised as fact’ and ‘biased sources’ as the most frequently cited types of bad information. People use weasel words (‘many experts agree…’), selective omission, imply without saying, bury inconvenient facts, include misleading statistics or images, and so on… More than a third of respondents indicated that they encountered bad information ‘often’ or ‘constantly’. The most affected sectors were businesspeople, students, and inexperienced researchers.

There are websites that specialise in racist, xenophobic or indecent material, but bad information is also found on websites like Wikipedia, which were set up for the best of reasons and in the public good. Friends and rivals are constantly trying to manipulate content – be it the biography of controversial leaders or celebrities, information about a commercial product (pro or anti), anything about Israel, etc. The intention may be to manage reputation, promote some interest or other, affect page rank/link traffic, or simply to cause harm. It is difficult for any of us to know the extent of ‘Wikihacking’.

Another concern is how far search engines give a balanced view of what’s available on line. Who sets the algorithms? Things may change for the better as the programming gets even more sophisticated – or they may get worse, if commercial interests have their way. Google has already announced that websites that are not mobile-friendly will be pushed down the rankings, and there is talk of it launching an initiative to reduce bad information with a program which ranks websites according to veracity using a ‘knowledge-based trust’ scoring system that checks website data against verified facts in a ‘knowledge vault’. This should penalise web pages containing suspect or contradictory information.

The internet is censored to protect intellectual property and discourage defamation, harassment and obscene material, but this is but a drop in the ocean when it comes to removing bad information. So whilst the internet provides unrivalled access to information, those who surf its often murky waters have to be extremely careful. Things may not be all they seem.

2   Other sources of bad information

But bedroom bloggers, pranksters, and mischief-makers are not the only source of bad information. We also have the outpourings of religious zealots, New Age thinkers, unprincipled corporations, government spin doctors, and conspiracy theorists. This has always been the case but the issue is made more problematic and challenging by the Internet and the relative ease with which such material can now be accessed and used.

So what impact does exposure to bad information have on public attitudes, behaviour and wellbeing? And do we ourselves actively make the situation worse by ‘confirmation bias’, our tendency to search for, interpret or recall information in a way that confirms our beliefs or prejudices? We surround ourselves with people who share our views and reject ideas or concepts that don’t fit comfortably into our view of the world. Here are six consequences that should concern us all:

‘Like a disease, pseudoscience runs through broad gutters of sophisticated misinformation, contaminating the groundwater of common knowledge and leeching into the minds of the media-fed masses. Undetected and uncorrected, furtively avoiding verifiable fact, bad information propagates disastrous errors and mistakes.’ Kelton Rhoades

‘The problem with free speech is that it’s hard, and self-censorship is the path of least resistance. But, once you learn to keep yourself from voicing unwelcome thoughts, you forget how to think them – how to think freely at all – and ideas perish at conception.’ George Packer

4   What can be done about bad information?

Bad information can and should be challenged – or ridiculed and derided. Period. But there is a lot of it around and one needs to choose one’s battles carefully. One also needs to employ considerable emotional intelligence, especially when people’s cherished cultural practices or beliefs are in the cross-hairs. We live today in a global village, and we should be looking to make friends rather than alienate and antagonise people: as Benjamin Corey argues: ‘we must learn to recognize that all social groups – regardless of religious belief or lack thereof – bring something to the table that is worthy. Coming together to pursue peace, justice, equality, and all the other values we hold in-kind, we find that if we failed to partner together we would be dismissing friends and allies on a wide array of issues.’

Many of the following points should be self-evident, but there’s no harm in reciting them here.

Don’t add to the problem

Steve Neumann sums it up nicely: ‘forget about disabusing believers of their core convictions with the ‘universal acid’ of rationality – the best way to fight for social justice and pluralism is to ally ourselves with those who share the same values, regardless of their metaphysical beliefs.’ Yes.

Last but not least, we have to be more assiduous in promoting critical thinking at all levels of the education system, from pre-school to the university of the Third Age: with so much information now available on the internet, teaching ‘facts’ is much less important than it once was. The essential need today is to develop a good ‘nose’ to smell out bad information, and to acquire the skills and confidence to distinguish facts from opinion, and reliable sources from those that are questionable. These should be priority areas in all educational establishments.

Education is the only real weapon that we have in the fight against bad information – and it goes without saying, giving people the ability to think for themselves changes lives and makes the world a more interesting and more wondrous place to be.