Geoff Keeling contemplates the biological origins of morality and ethics in humans. 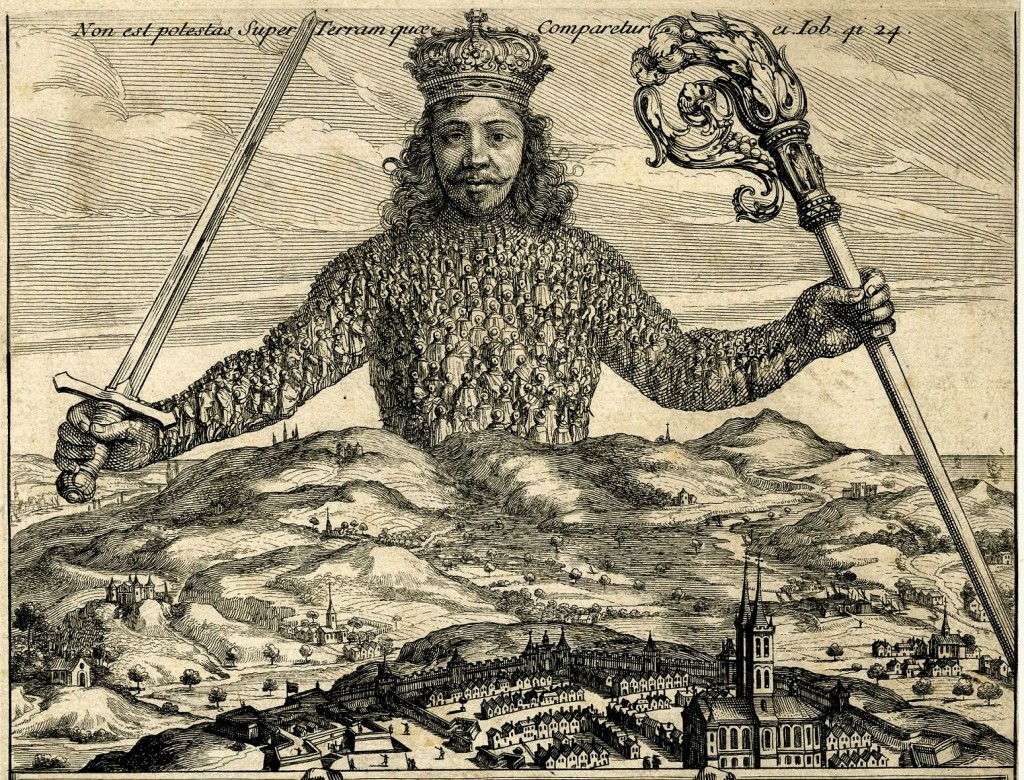 Thinkers like Thomas Hobbes believed that, short of the social contract, human nature only afforded humans a life that is ‘solitary, poor, nasty, brutish and short’.

I recently watched a conversation between WikiLeaks editor Julian Assange, Slovenian philosopher Slavoj Žižek and the American conservative David Horowitz. In the heat of the argument Horowitz made the following claim:

‘War is the natural condition of mankind. There’s always been wars – right? From the beginning – and many of them. Peace occurs when there’s a concert of powers or a single power that could intimidate would-be aggressors.’

I couldn’t help biting my tongue here. As a humanist I believe in the inherent goodness of human beings. That we can be good – and that we are good – for the sake of goodness itself. Religious people sometimes ask sceptical questions about my ‘humanistic morality’. The idea is foreign to them because their thinking is grounded in the idea that ‘War is the natural condition of mankind’. In this article I want to defend the humanistic idea of natural morality. I hope it will be useful for other humanists facing the same questions.

Horowtiz’s thinking is based on the work of the English philosopher Thomas Hobbes. Hobbes’ basic idea can be summarised as follows:

‘There must be some coercive power to compel men equally to the performance of their covenants by the terror of some punishment greater than the benefit they expect by the breach of their covenant’[1].

Thinkers like Hobbes and Horowitz believe that humans existed in a state of nature before political society. It’s only through a social contract that we liberate ourselves from barbarism. In the Hobbesian state of nature life is solitary, poor, nasty, brutish and short. Modern human morality is a veneer: the Freudian superego that struggles to restrain our savagery. But as any social anthropologist will explain: there has been no period where humans lived outside of political society. This is also true of bonobos and chimps – our nearest evolutionary cousins – who have complex matriarchal and patriarchal societies respectively. The first step to refuting the idea of a ‘moral veneer’ is to show that humans never existed in the warlike state of nature.

The next step is to refute a common misunderstanding about evolution. The phrase survival of the fittest doesn’t lend itself to images of altruism and fairness. But in many cases organisms with genetic pre-dispositions towards co-operation have the upper hand when it comes to natural selection. A popular example is the ‘insurance policy’ that vampire bats have developed over food-allocation. It doesn’t take long for a bat to starve to death. But on any given night, it’s likely that a non-trivial percentage of the colony will come back on empty stomachs. In this instance the unsuccessful bats beg their peers to regurgitate some blood and feed them. And their peers usually do.

This may seem counter-intuitive. Surely, natural selection ought to preserve the best hunters? But think about it this way. Two randomly selected bats in the colony have a reasonable chance of sharing some DNA. Siblings share 1/2 of their genes and cousins 1/8. The bats need not know which of their fellow-bats is related to them. Do not let fellow bats die will increase the probability that their genes stored in other bats (including genes that code for co-operation) will be passed on to the next generation. This is because the set of related bats is a large subset of the colony, so there is no hard selection pressure for a more specific rule. There is also a second benefit. In the near future the regurgitator herself might be close to starvation. In sharing now she is more likely to receive blood when she needs it most[2].

Robert Trivers outlines the extent of natural co-operation in his paper The Evolution of Reciprocal Altruism[3]. Co-operation ranges from the symbiotic relationships of cleaner fish and their hosts, to birds warning their flocks when predators are near. But morality is more complex than simple co-operation. The distinction is that the co-operative instinct in higher primates is grounded in empathy: the ability to stand in another’s shoes. And our empathy is not just towards each other. Frans de Waal recalls a bonobo who nursed an injured bird back to health[4]. Humans often put themselves at substantial risk to save animals and other humans.

The brilliant thing about evolution is its use of general rules. Be nice to those you meet is much easier to code for than Be nice to close relatives – the latter of which is largely unnecessary as primates tend to grow up in the company of relatives. It’s these general rules that enable us to develop elaborate social constructs that underpin human morality. Evolution has programmed us to see empathy as a reward in itself. Evolution is indifferent to whether the biochemical reward comes via a religious framework or secular principles. What remains universal is the human propensity towards goodness. The Scottish philosopher David Hume observed:

‘How great soever the variety of municipal laws, it must be confessed, that their chief out-lines pretty regularly concur; because the purposes, to which they tend, are everywhere exactly similar.’ [5]

Though social anthropologists have observed huge variation in cultural traditions, the human moral passions exist to ensure co-operation and ultimately the perpetuation of our genes. But it’s so important to appreciate that this series of mutations – which has led to genuine compassion for others, is a real force that exists in each and every one of us. The fact that evolution has preserved this disposition doesn’t mean that kindness is just an evolutionary mechanism. With the constant barrage of ISIS atrocities and stories of lavish-bonuses in the finance sector, it’s easy to forget that although humans are capable of great wrongdoing, our natural stat is not one of war but of understanding. At the core of human nature – whether religious, secular or spiritual, is a profound evolutionary disposition towards compassion, fairness and kindness.

Geoff Keeling studies in the Department of Philosophy, Logic and Scientific Method at the London School of Economics. He is a humanist interested in philosophy of biology and cognitive science. He can be reached at g.keeling@lse.ac.uk.

[2] See O Curry (2005) Morality as Natural History or R Dawkins (1976) The Selfish Gene for a good explanation of this. For the original paper see GS Wilkinson (1988) Reciprocal Altruism in Bats and Other Mammals Ethology and Sociobiology pp85 – 100