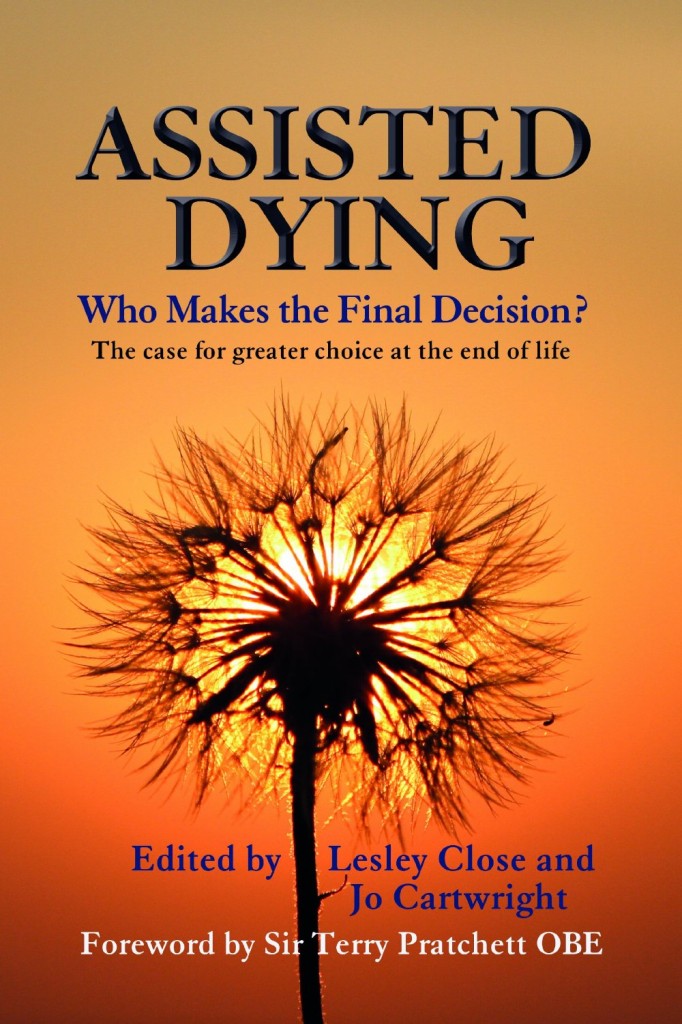 Eleven years ago this month I was helping my brother, John Close, to prepare for his death. He was 55 and coming to the end of his life because he had motor neurone disease, diagnosed two years earlier.

John had seen the story of Reg Crew, the first Briton whose journey to Dignitas was publicised. He told me, by typing with one finger at a time on his computer, ‘That’s how I’d like to go when my time comes.’

My response was to confirm that his life was his to deal with as he saw fit. I told him that I would do everything I could to help him achieve his goal of a peaceful and dignified death at the time of his choosing.

That’s how I came to arrive in a tiny flat in central Zurich at three o’clock in the afternoon on Monday 26th May 2003. John was only the seventh British person to have Dignitas’ help to die, so we had no idea what to expect from the experience as the last day of John’s life unfolded.

It was hard to accept that John was dying of MND, but it was comforting that he could be in control at the end of his life. With Dignitas’ help, my dear brother obtained the peaceful and dignified death he sought, but it did not happen at the time of his choosing. As well as fitting in with Dignitas’ plans, John had to travel to Switzerland while he still had sufficient bodily strength to undertake the journey. There was no question about his mental strength – like everyone who has made that journey to have help to die, John was a strong determined individual.

That’s an important characteristic – nobody is being compelled to go to Switzerland against their will. People who are suffering intolerably as their lives come to an end because of terminal illnesses are looking for – and finding – the information they need to contact Dignitas and are making their own plans to undertake that final journey.

The statistics from Oregon, where assisted dying has been legal since 1997, confirm that the option of an assisted death appeals to individuals for whom being in control is very important, predominantly college-educated people.

I thought I knew a great deal about the subject of assisted dying when, a year ago, I started writing the personal stories which form half of the book published by Peter Owen on 12th February, Assisted dying – who makes the final decision? but I learned a huge amount by editing the chapters which appear between my own. I was previously ready to debate the subject with anyone but now I feel armed to refute almost every objection which is raised to changing the law.

I have learned the importance of challenging people who say things like ‘In the Netherlands people no longer trust their doctors’ and similar things intended to make an audience doubt the wisdom of changing the law here. I now ask for statistics to back up those assertions. There aren’t any!

Unless and until someone shows me a different way to solve the UK’s problem of intolerable suffering at the end of life, I will campaign to change the law to something like the Oregon ‘model’. Assisted dying works there and Lord Falconer’s Bill contains even more safeguards than Oregon’s legislation. Doctors in that state are not regarded as murdering monsters and the rest of the medical and social care system works perfectly well. And Oregon has not been consumed by hellfire… which brings me on to my final point.

I have never yet heard an argument against assisted dying that I have not been able to refute, other than those which are based purely on the dictates of a person’s religious belief. Everyone who, like me, has no such belief – as well as those people with faith who can reconcile their faith with assisted dying – should assert the need for individual choice in decisions about their death. I do not want to dictate how anyone should see out the end of their life and I believe we should all be shown the same respect.

Lesley Close is the author of Assisted Dying: Who Makes the Final Decision?, released 12 February 2014. She works as a design company administrator, and is the sister of the late John Close.