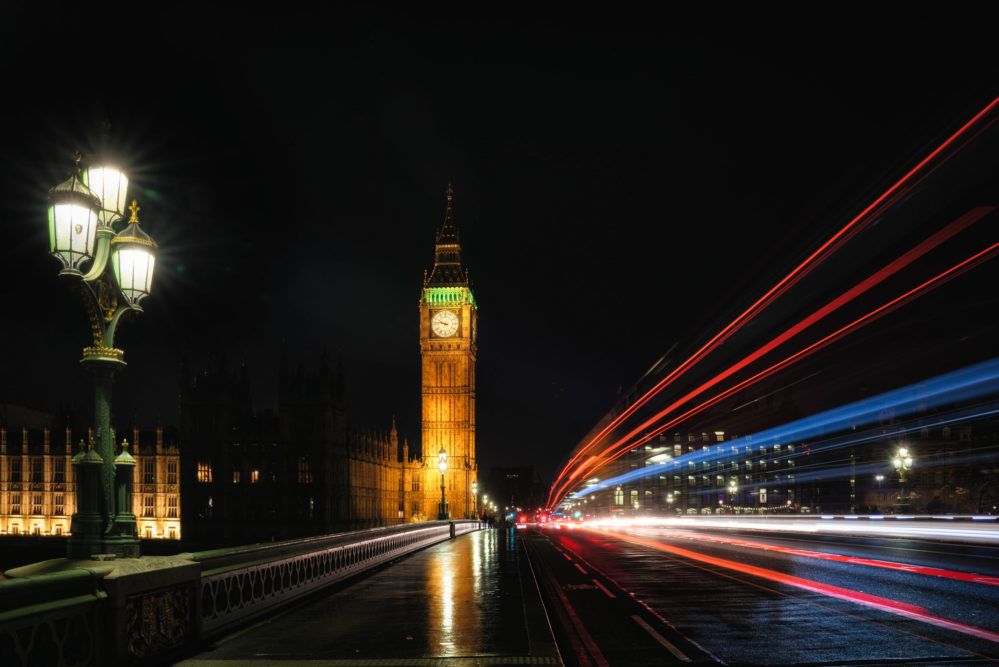 Heroes are not the stuff of myth: they keep us safe each and every day

It’s normal when confronted by horrific events someplace in the world to feel a mixture of emotions. Grief, for the victims whose stories you have read about in the papers. Anger, for the fact that such a tragedy could be allowed to happen. Despair, that the world is in such a rotten state that such horrors can occur. Relief: that it didn’t happen to someone you love. Guilt, for thinking that.

Last week’s terror attack came closer to home, and for many these feelings were heightened. Among those, something else: fear. When the unthinkable happens, what do we do? In moments like these, it’s natural to feel hyper-aware of one’s own mortality and to think of all the people we cherish. We become aware of life’s fragility. We reflect on how important it is to tell the people we love that we love them.

This fragile, precious life is the only life we’ll ever have. It makes sense to make it count, and most of us will try our bests to lead positive, happy existences that do not cause harm to others. It is a sad fact of existence, however, that some people mean to cause harm. When they do, and when tragedy strikes, it is profoundly traumatic. It shakes us. And it brings home just how much we owe to those extraordinary people who put themselves in harm’s way to keep us safe, to keep us healthy, to keep us alive.

When the gunshots rang out at the Palace of Westminster last week, many people fled. But while police rushed passersby away from the scene, their colleagues ran towards the fray. Nearby hospital workers leapt from their posts… and ran towards the chaos. PC Keith Palmer, in the course of protecting civilians, was mercilessly stabbed to death by a fanatical Islamist and terrorist who had already murdered several others with his car that afternoon. We are moved by the heroism of Keith Palmer and all the emergency services workers, and by the incredible job they did that day, and do every day, to keep all of us safe. It is to their credit that the casualties of this terrible incident, though severe, were not so much greater.

Life is fragile. Life is short. Life can be lonely. It can be sad. And grief can seem too much to bear. But it is thanks to the everyday heroism of individuals like Keith Palmer that we are able to make so much of such short lives as we have. They afford us space to experience the very best of the human condition: things like love, happiness, fulfilment, the comforts of family. We all must realise that as human beings, our lives are inextricably linked. All of us must cherish those bonds, for they make us who we are and give us license to live our lives in the ways we choose. And this is just as true: we must remember, and pay tribute, to the brave individuals who make the good possible. Thank you.

Jacob Kishere looks at the narratives of oppression exploited by Islamists to portray an intense clash of civilisations. 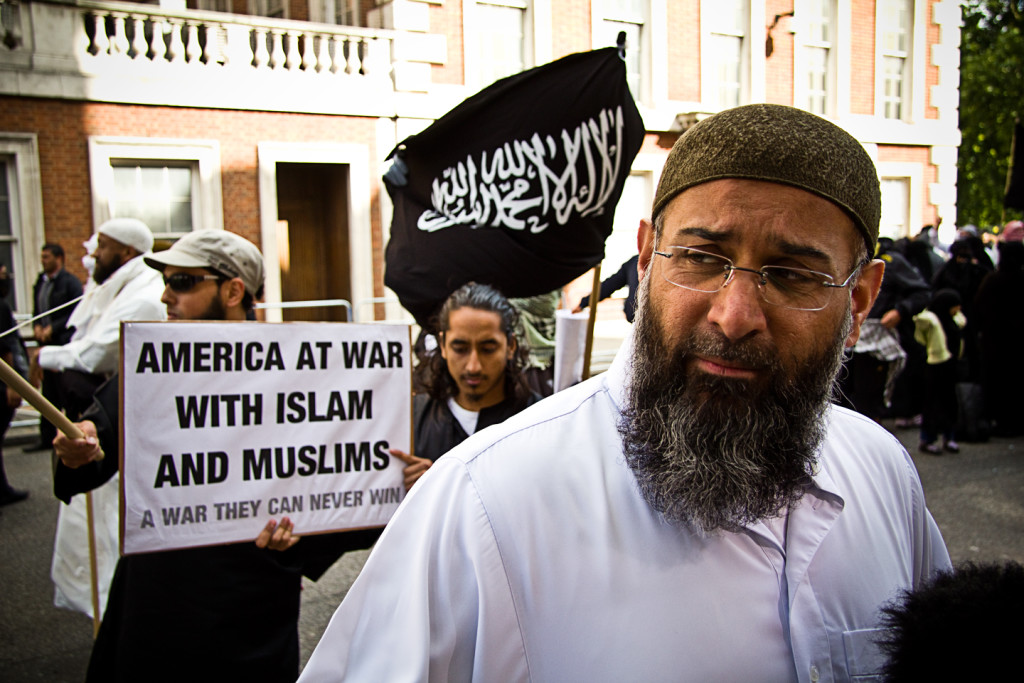 There has been rightful jubilation amongst Britons, Muslim and non-Muslim alike, at the arrest of Anjem Choudary after years of hate-baiting. As well as others, Choudary has been pictured with Michael Adebolajo, who along with Michael Adebowale was responsible for the brutal killing of Fusillier Lee Rigby in 2013.

However, Choudary, like many others, operated perfectly legitimately within the bounds of the law for many years before any sufficient evidence could be found to bring a prosecution under the Terrorism Act 2000. In the past decade it has become clear that what is needed to combat ‘radicalisation’ is not a solely top-down government response through departmental programs, but a comprehensive ‘civil society strategy’. A change in tact, which the Prime Minister recognised in his recent speech held in Birmingham on counter-extremism. Advocating a civil society response is distinct from rejecting all government action as being authoritarian in the way many so called ‘Muslim community’ advocacy groups have claimed in the past. Instead, it means government and society working in tandem. The facets of the civil society response have been covered extensively and debated in the press, in particular due to the recognition within political discourse of ideology as a driver of radicalisation thanks to organisations like Quilliam.

Having said that, despite this significant step of identifying the importance of Islamist ideologies in radicalisation, very little analysis has been given to what the ideology of Islamism actually consists of. This is the greatest shortcoming of the current discourse, not that we point to ideology, but that those activists, teachers and students best placed to challenge it in a robust ‘civil society response’ do not have the understanding or the tools to do so.

Manifesting what Quilliam has been calling for, the early seeds of a small but burgeoning ‘counter-extremism’ movement can be seen in the activism of Atheist, Humanist, and Secular student societies and increasingly from ex-Muslim groups. In addition to this, ‘Quilliam Societies’, which operate independently from the thinktank while sharing its philosophy, have been launched at universities across the UK by student activists to promote human rights and civil liberties. Crucial to these activists will be the ability to counter Islamist as well as far-right narratives that may be presented at campuses. Part of this will involve the ability to recognise the recurring themes, arguments and logical inconsistencies that they may present so that they can be forthright in their rebuttal. The public face of Islamism in the media, soft Islamism[i] as I will refer to it, often carries a veneer of intellectual integrity which presents arguments in favour of cohesion.

Firstly, historical narratives are frequent and consistent amongst speakers from organisations which are frequently invited onto campuses across the UK. Here a highly simplistic vision is painted which creates an ‘Islam and the West’ dichotomy. It argues that the Islamic world under a caliphate was ‘the height of civilisation’, citing how Islamic scholars preserved the works of Plato and Aristotle and are therefore responsible for the Enlightenment and the industrial revolution. The decline of the Arab Enlightenment is blamed on Western colonialism, in a narrative that runs as follows: After hundreds of years of Islamic history, the Ottoman Caliphate of the early 20th century is dismantled by Western colonial powers, who were and remain diametrically opposed both to a caliphate and the exercise of political agency in the Islamic world. Symptomatic of most ideological paradises, the Islamic world is presented as having been essentially preserved in a time capsule of prosperity prior to Western intervention. Additionally, predominantly Sunni speakers and writers envision an entirely homogenous Middle East, free of nationalism or dissent. This of course ignores the presence of Shi’ites, Yazidis, as well as all other diversity in scholarly opinion, language, race, and culture in the Middle East prior to 1918.

Secondly, drawing heavily on anti-imperialist schools of thought and thinkers like Edward Said, most engagement with the topic of foreign policy through Islamism centres on neo-colonialism. 21st century doctrines of neo-conservatism and liberal interventionism present ideal evidence for neo-colonialism here. The interventions in Iraq and Afghanistan can thereby be seen in the prism of a one hundred year strategy by Western powers to undermine and ‘hold on’ the Middle East. This broad stroke characterisation of a century of foreign policy is especially difficult to counter since the majority of Britons in hindsight either oppose or hold substantial reservations about these interventions. It is perfectly possible to both oppose such interventions while also actively rejecting conspiracy theories. Islamism effectively blames ‘the West’ entirely, proposing that in the absence of Western involvement, ‘proper’ Islamic jurisprudence would bring about the perfect and just solution to all of the problems ailing the ‘Islamic world’. In dispensing with all responsibility of the Islamic world, today that old political cliché ‘this has nothing to do with Islam’ appears frequently, denying that any aspects of Islamic theology are in any way responsible at least in part for the actions of some.

Lastly, in order for Islamism to unify British Muslims behind its cause it must draw and exaggerate a dichotomy between Muslims and non-Muslims. As mentioned previously, this narrative serves to paint all Muslims as part of a unified block without dissent or diversity and equally the non-Muslim west – the kuffar – as its homogenous polar opposite. Often, the most deceptive speakers will pay brief and regular lip service to a select few in the mainstream media to assure audiences that they are not being bigoted. However, this aside fails to detract effectively from the pervasive narrative that there is an un-crossable chasm of difference between British Muslims and their fellow citizens. The reality of course is that there is a vast diversity of opinion in and between Western countries. Muslims in Western countries may well have far more in common with their non-Muslim countrymen than with other Muslims around the world. Islamic majority countries themselves host a spectrum of political and religious belief.

At this very moment the minds of young British students are being shaped by Islamist ideology, helping to create an environment which undermines social cohesion. Though we as a society cannot all afford to become scholars of Islamism, we equally cannot afford to remain ignorant of it. A wider basic understanding of the characteristics of this ideology will be the most effective way to create the kind of ‘robust democratic response’ that is needed to challenge such authoritarian beliefs.

[i] Soft Islamism: refers to the ideology presented to the wider public by prominent Islamists. It does not explicitly call for a Caliphate or any imposition over society as in core tenets of organisations, such as Hizb ut-Tahrir. It instead uses obfuscation and suggestion to create an ideological basis for ‘purer’ forms of Islamism. An example of this is constant reference to the ‘Islamic Golden Age’, with the tangential inference being that a modern day caliphate, would re-create this constructed paradise.