Dedicated to the late Robin Williams, based on a conversation between Hughman and Warner

Is there any value in spirituality? As a non-believer you might expect me to say no, but the sentimental part in me would like to say yes. Of course when I talk about the human spirit, I’m not talking about some ghostly ethereal entity living inside my body. I’m talking about the non-material essence of being ‘human’. My colleagues might prefer the term ‘humanity,’ but for me this doesn’t capture our inter-relationship with the universe. There aren’t many words in our language that do, so I use the words spirit or spirituality in the same way I loosely use the phrase ‘Bless You’ when you sneeze. I can only describe it as an acute sense of the sublime, to feel its awe and succumbing to its wonder.

Some religious groups of course attempt to usurp its grandeur by pointing behind the sky’s celestial curtain. But whilst bottling our universe’s mystique may control her essence, it also strips her from a majesty of her very own.

I recall a moment standing on a cliff’s edge looking down towards the sea, watching the waves below beating at its sides, the mountains above cutting through the clouds… and I could feel the presence of something much greater than myself, I knew it was all around me. 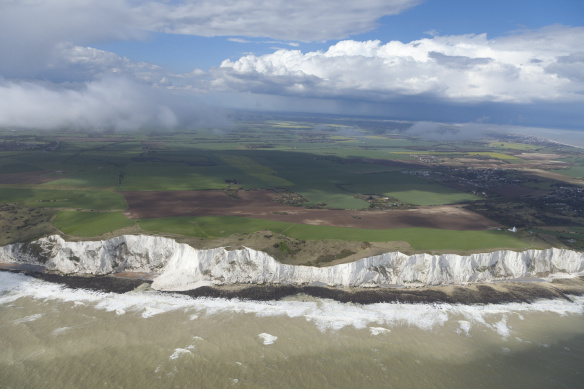 I remember lying on the grass underneath a clear night sky, gazing up and seeing more stars than I could imagine; from a billion miles away I could see their intense beams still radiating a billion years after their death.I felt humbled to be a part of them, honoured to still be their witness.

And there are simple, everyday moments too: being with good friends, the magic of a frolicking kitten, a quenching sip of freshly-squeezed juice on a sunny day, that game of tennis which goes to tie-break, or the soft embrace which stops space and time. At times I can be so overwhelmed by the sensation of being alive that I melt; sometimes I just smile and breathe deeply with a sigh.

I no longer imagine any of this belonging to a supernatural. But I do believe the thing which built those mountains has a name. It’s called plate tectonics. The thing causing those stars to twinkle is called nuclear fusion.  I understand that my body naturally craves specific foods for nutritional value, sometimes just for psychological reasons. Humility is simply recognizing our muted relevance in an infinite universe, and being grateful for it doesn’t require a someone or a something to be thankful towards.  I recognise that being happy in a comfortable social setting is an evolutionary trait of my species. And the intoxication of romance is most likely driven by the need to procreate.

Understanding provides me with the depth of perception to view the world as profoundly and with as much empathy and compassion as humanly possible. I am one with the universe, not metaphysically, but physically. So whilst I may be that bungling imperfect gene, I made it against all odds to be here.  I am as much the universe as a supernova. Made of the same particles; governed by the same forces.

I treasure its magnificence and to think that out of all the things in the universe, I am lucky enough to be one of the only things that can. I love learning, hitting that perfect serve, and hearing the sound of uncontrollable laughter. What a beautiful time to be alive and to explore ourselves, our time and our place in this universe. And that’s simply wonderful.

Saif Rahman is a strategic consultant, author of The Islamist Delusion, and founder of HCMA (the Humanist and Cultural Muslim Association).