Todd Battistelli makes the case for humanists turning to words other than ‘spirituality’ to describe feelings of wonder and awe. 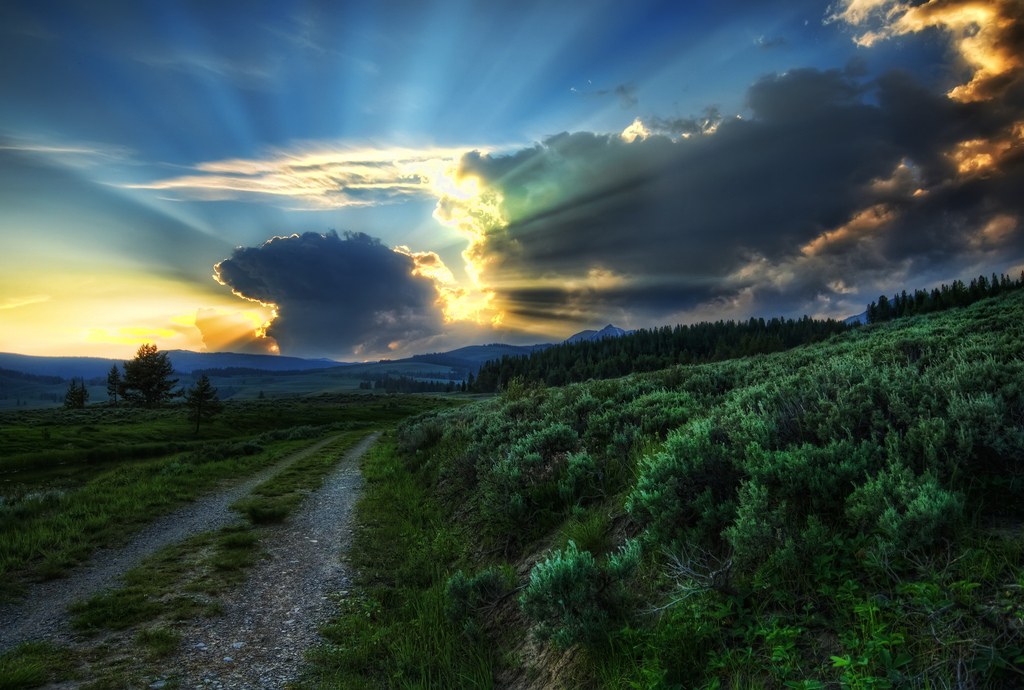 We all feel wonder from time to time. But should we be mindful not to use language with religious connotations? Photo: Trey Ratcliff

I enjoyed reading Saif Rahman and Jeremy Rodell’s essays on spirituality. Even though I don’t use the term spirituality myself, I share their appreciation of our deepest experiences. Non-humanists can stereotype our worldview as coldly rational, but humanism has long embraced the insight that reason and emotion depend on each other.

The IHEU Amsterdam Declaration describes this interdependence in ‘a lifestance aiming at the maximum possible fulfillment through the cultivation of ethical and creative living and offers an ethical and rational means of addressing the challenges of our time.’ Humanism can movingly describe profundities. While some humanists may choose the word spirituality to do so, others do not, and their choice is informed not by negative associations between spirituality and religion but by the positive associations of alternative words.

There is more to be said about spirituality than I can discuss here. Rodell raises several questions worth exploring: Can humanists be spiritual and/or use the term spiritual? Should humanists use the term? Is spirituality ‘the best word’ to describe our sense of deepest meaning? I will focus on the question of why I do not use the word, but I also want to state up front that humanists can use the term spirituality if they find it appropriate. I do not use it for two reasons. First, using other words helps me clearly communicate my humanism to non-humanists. Second, I find other words more moving.

I approach language from a descriptivist perspective where the most common usage of a word defines its meaning. This isn’t to say that meaning doesn’t change or that people can’t intentionally and successfully work to change a word’s meaning. However, if a word carries one set of connotations for most who hear it, then using the word to mean something different poses a challenge.

When religious people call deep feeling spiritual, they connect it to supernatural or transcendent meaning. I could try to change that meaning, describing a purely naturalist usage for spirituality (after all its root traces back to the word for breath), but such usage conflicts with the way most understand the word.

Instead of departing from this widespread connotation of spirituality, I turn to other words more commonly understood to have secular connotations. Looking to other words also helps head off confusion when spirituality is used to refer to multiple distinct ideas that can be discussed separately (e.g. aspiration, respite, wonder, awe, a sense of connection to the universe and others, etc.).

To give one example, I could speak of the frisson that accompanies Carl Sagan’s ‘we are made of star-stuff’ no matter how many times I think of it. Sagan’s idea speaks to humanity’s primal connection to nature. It is a deeply moving idea, but not, I would say, a spiritual one.

Others would disagree. For them the word spirituality does describe that frisson, and yet others would find the idea of an entirely natural existence abhorrent instead of moving. Such disagreements are part of the challenge of talking across worldviews and traditions. We can see this challenge even within a group such as humanists and our different reactions to the word spirituality. Certain words hold powerful meaning for some while ringing hollow for others.

When my audience attaches supernatural connotations to the word spirituality or uses it to ambiguously refer to multiple ideas, I will use alternatives to explore in detail where we agree and disagree. For instance, by the word mystery do we mean some unknown but potentially knowable element of the cosmos or some supernatural aspect to existence that surpasses any possible understanding?

As for whether using the word spirituality would decrease anti-atheist stigma, I suspect that the prejudice of those like Christina Rees will last for some time no matter the words we use. What will decrease stigma, according to social science research, is more personal interaction with people who identify as atheists.

Sociologist Penny Edgell and her colleagues have found that people reflect more on atheists as an abstract group than on their experience with actual atheists, and that the atheist identity is seen to reject a common morality that has been (incorrectly) linked to belief in deity. Psychologist Will M. Gervais discusses [pdf] how stigma for non-obvious characteristics, like atheism, declines when people believe the stigmatized are more common in society.

This research suggests that the more atheists freely identify as such to their fellow citizens, while at the same time demonstrating their commitment to common values, the more they will help lessen stigma. This should hold true whether or not atheists use the term spiritual. Indeed, a greater diversity of atheist and humanist identities could help even more, conveying how similar we are to our religious neighbors in our own disagreements.

Just as using spirituality isn’t a term used by all atheists, it also doesn’t describe how everyone makes meaning. Rodell quotes the NHS language on ‘spiritual care’ where ‘spirituality’ is ‘looking for meaning in your life.’ The Department of Defense in the United States uses similar language, and, yes, nontheists have asked that that language be changed. A term that has religious connotations for many should not be used by government to describe the meaning making of all.

It is certainly possible to qualify the use of the term and to try to revise its definition, but doing so appeals less to me than using alternatives to spirituality that I find much more compelling. This approach is not solely or even primarily a matter of pragmatic communication. As I have developed as a humanist, the language of explicitly naturalist thinkers has moved me more deeply than those who talk of spirituality. These voices include Sagan and early twentieth century Unitarian humanists such as Arthur Wakefield Slaten and Earl F. Cook and others recorded in the 1927 book Humanist Sermons.

My humanism is neither spiritual nor transcendent. My avoiding the term spirituality comes not from pride or distaste for anything that smacks of religion. My motive is something else altogether: a delight in secular language and ideas. I too have had profound experiences of grandeur, of feeling my small place in the seemingly infinite gulf of space, of fellowship with other people of Earth, and of art that speaks to the core of my being.

These emotions spring from my recognition of the deep interconnectedness of all elements of the universe. From my perspective, there is simply nothing to be transcended. Existence is of one piece counterbalanced only by nonexistence. We live for a short time in a place we know little about, a place indifferent to us and where we alone make our lives meaningful. As Cook puts it more poetically:

‘Although the universe cares not particularly about our morality and our ideals, we must care for them. Upon our shoulders is being carried the ark of life through the wilderness. All the virtues, all there is of goodness, kindliness, courtesy is of our own creation and we must sustain them, otherwise they will go out of existence into darkness, as a star goes out.’

This aspiration to virtue, the promise of helping to build a better world for ourselves and those who come after, urges me forward. It is an aspiration I gladly share as common ground with those who, religious or not, describe it as spiritual so long as they allow me to describe it otherwise as Slaten does:

‘Humanism sets before us a great World-Hope…. Humanism may take away some of the old consolations, but it offers others more convincing…. Our sojourn here becomes a wonder-awakening romance, a pilgrimage through mysteries and marvels, and as we walk together our hearts burn within us.’

However we describe the flame of our burning hearts, it lights the way on our brief journey between oblivions, revealing moments of profound feeling and understanding.

Todd Battistelli is an independent scholar in rhetoric and a freelance writer. He runs the blog Humanism Speaks.